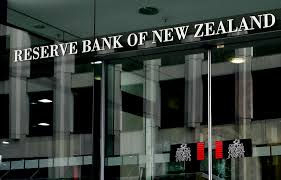 Stocks have closed on a firm note on Monday, while the US$ remains under some downside pressure at the start of Tuesday trade as the “risk-on” mode continues into the new week, with traders generally shrugging off Donald Trump’s announcements regarding China late on Friday. There has been no market reaction to the unrest in US and, instead, traders continue to look to the bright side of the economy reopening despite the chance of a second wave of the pandemic. The Aud$ and the Nzd$ have been particular beneficiaries and have broken important technical barriers, mainly it seems because Donald Trump did not mention anything about the US trade agreement with China in his appraisal of the HK situation on Friday. The EU majors were generally choppy although Sterling caught a bid tone on hopes that easing the UK pandemic restrictions will revive the economy.

In the other markets, Stocks have ended on a firm note, up by roughly 0.5%, while Oil closed up 1% and, from a technical perspective, looks positive for further gains. Silver also had a strong session and looks set to head higher.

Tuesday will feature the RBA Meeting although no change to policy is expected and, as per the last set of Minutes on May 19, the RBA said that they will continue to monitor economic and financial developments. Ahead of the RBA, the NZ Q1 Terms of Trade Index (exp +1.3%) and April Building Permits will be released, along with the Australian New Home Sales and the Q1 Current Account (exp +$6.3bio). Otherwise it is going to be a very empty session with little to come from either Europe or the US, so political headlines are likely to be the driver of any directional move.

The general theme for the trend table seems to be one of positive risk sentiment, despite all the upheaval going on around the world. The Aud$ and Kiwi both look particularly strong although we may be in for some consolidation after the big move higher seen in both on Monday. Sterling also looks increasingly positive although I think Brexit headlines will make for a very choppy ride. The commodities also look positive, with Silver and Oil both showing real strength. Also keep an eye on iron Ore, which is set to break $100 per tonne, and which will do the Aud$ no harm at all.

As we said yesterday, a reverse Head/Shoulder formation seems to be approaching maturity in US$Jpy, with a neckline at 108.00 and a measured target at around 110.00. If correct, this would seem to flow through to further strength in the Jpy crosses, with EurJpy looking particularly positive, along with AudJpy, which already saw a sharp move up on Monday.

AudUsd and NzdUsd have both seen a sharp move higher on Monday with risk-associated assets in demand as investors prefer to look on the bright side of a post-pandemic economic recovery, while ignoring all the headlines of global trade and political tensions. We may now see some consolidation near current levels although beyond 0.6800, there is little resistance to be seen in the Aud$ until 0.6900/25.

The ASX reached our downside target at 5700 on Friday/Monday, before a strong run higher, to currently trade at 5840. SL should be raised to around 5800, but with the charts looking positive, I am hoping for a squeeze back to 5900 and eventually to 5990 (200 WMA).

Keep a close eye on Oil. WTI seems to be building a huge reverse Head/Shoulder formation – as per the charts. A break of the 100 DMA (35.90) is required but the measured target for WTI would seem to be at around $55per barrel – so worth watching.